Leonard has been working as a senior executive for a number of large national and international organisations including Telstra, Toll Holding, Ambulance Victoria and Ford Australia. He has a proven track record in developing CRM/ERP/E-Commerce solutions and improving business processes to generate increased profitability. He has developed comprehensive project governance frameworks ensuring the value of investments are fully realised.

He holds a Bachelor of Engineering from the University of Technology Sydney, an MBA from Deakin University.   As a seasoned senior executive with experience in the Logistics, Automotive, Emergency Services, Telecommunication and Education sector his dedication to the success of this project is paramount. 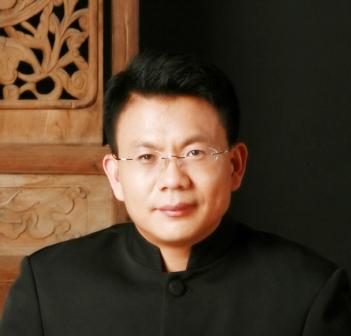 Robert graduated from University of Technology, Sydney with a Bachelor of Business (Distinction) in Accounting, Finance and Business Information Technology. He also completed a Diploma of Business Programming with Spherion Institute in 2001. Robert is also a Qualified Education Agent Counsellor. Angela graduated from University of Wollongong with Bachelor of Arts.  She was the first Australian born Chinese woman to be admitted to the Bar in 1990. Angela became a registered migration agent in 1992. She was a foundation member, Fellow and immediate past National President of Migration Institute of Australia. She was appointed in 1992 as a member of the Federal Government's Migration Agent's Registration Board and continued serving on the Board until its cessation in 1998.

Angela held many other prominent positions including former Chairperson of the Ethnic Communities' Council of NSW;  National Convener for the Federation of Ethnic Communities' Councils of Australia (FECCA); Member of the Organising Committee for the Sydney Olympic Games (SOCOG) Multicultural Advisory Committee; Former Board Member of the NSW State Reconciliation Committee;  Trustee of the Casino Community Benefit Trust Fund; Chairperson of the Casino Community Benefit Trust Fund Grants Committee.

Angela was nominated by her peers as the woman lawyer of the year in 1997.  She was awarded Government Relations Practitioner (In-House) Award at the Government Relations Summit in Canberra in 2015.  Angela is an Honorary Member of the Golden Key International.  This award has been presented to Walt Disney, Bill Clinton, Archbishop Desmond Tutu, Ian Thorpe, Dame Quentin Bryce, Oprah Winfrey and other distinguished people. Dr. Victor Li is a passionate innovator and IT veteran with over 20 years of experience in building and commercialising leading edge technologies. He has held senior executive positions in both China and Australia across a range of functions including R&D, Consulting, Business Development and Management. Victor’s most recent entrepreneurial success is as the founder and CEO of VanceInfo Technologies (NYSE: VIT) Australia, he started the first China based IT services firm in Australia and grew rapidly across APAC. Victor holds a Ph.D in Computer Science from the University of Melbourne, and both Master’s and Bachelor’s Degrees in Electrical Engineering from the Beijing Institute of Technology. Garry is a business coach and serial entrepreneur. Since 1976, he has created and successfully managed many businesses. He has experience as a long term Board Chairman, CEO, Adviser, Consultant, Innovator and Philanthropist. His experience covers a wide range of industries including insurance, superannuation, property investment and as a disability negotiator with Government. Recently he has developed two powerful global enterprises. One is International Consultants to Business which provides high level advice to business owners, board members and executives. It is also highly focused on the training of staff, particularly with a wide choice of online courses. The other is Who I Am Dynamics. This is for any person who is seeking to live life freely with Purposefulness and Fulfilment by learning and practicing the principles of Universal energy. View Garry’s LinkedIn profile. Valda is a decorated CIO who has been recognised through Industry awards as having transformed IT at some of Australia's largest organisations including Fosters and Australia Post. Her achievements has been supported by strong finance skills, strategic business analysis and execution as part of senior executive teams. Valda has led teams of over 1000 staff and extensive budgets to meet and exceed organisational targets.
She now runs her own business in a totally different field but keeps her hand in Corporate IT through contracting and assisting organisations achieve their technology goals.